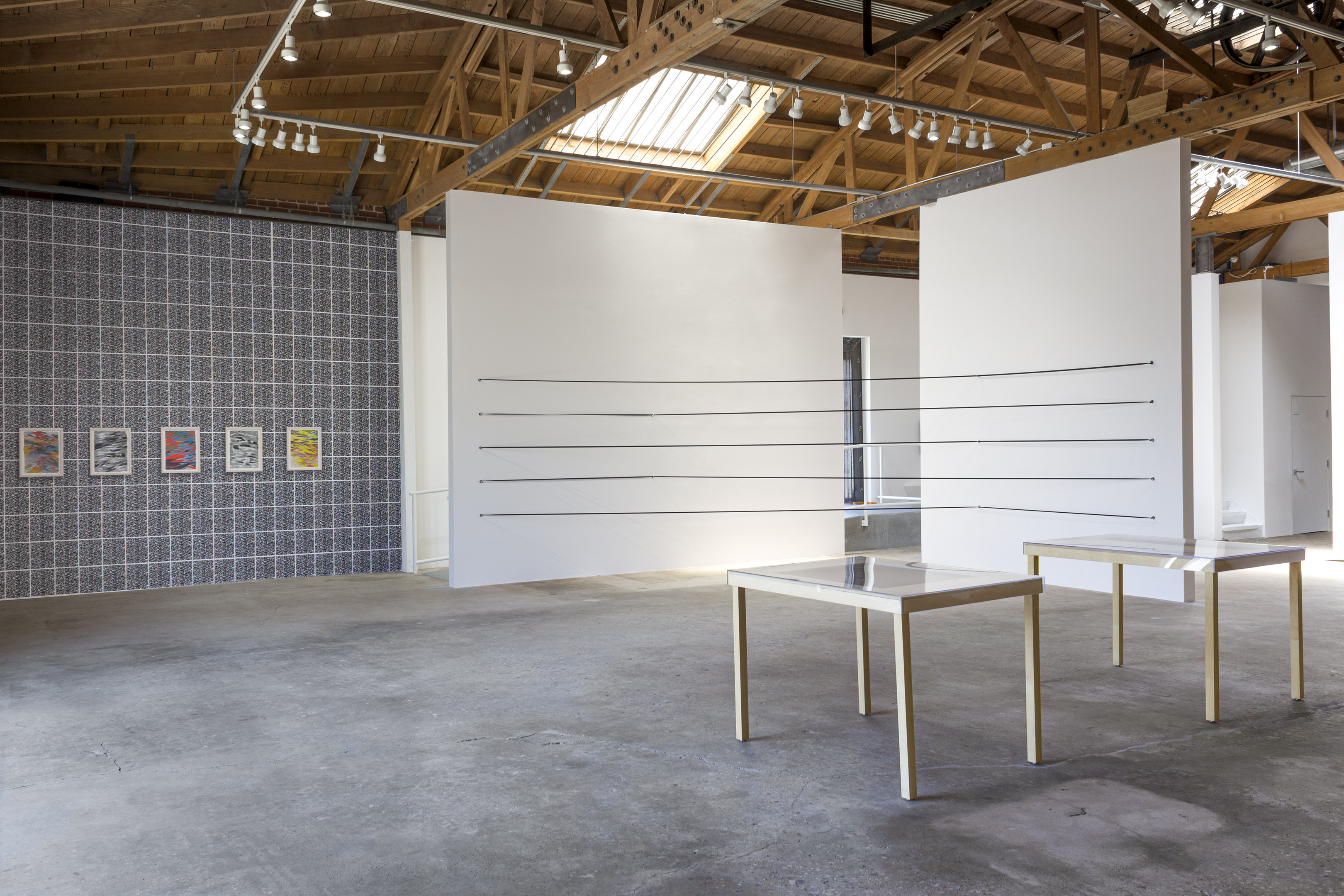 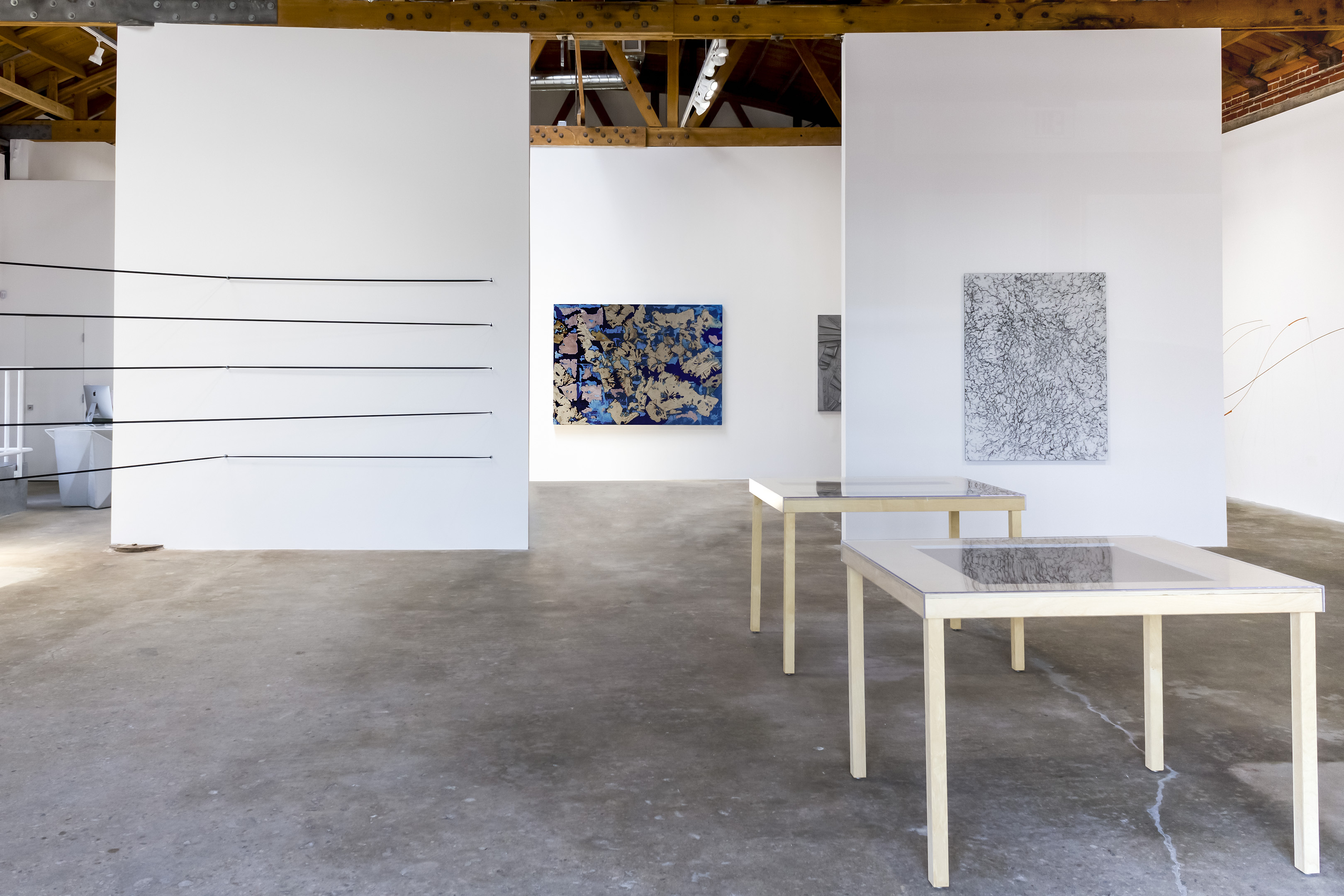 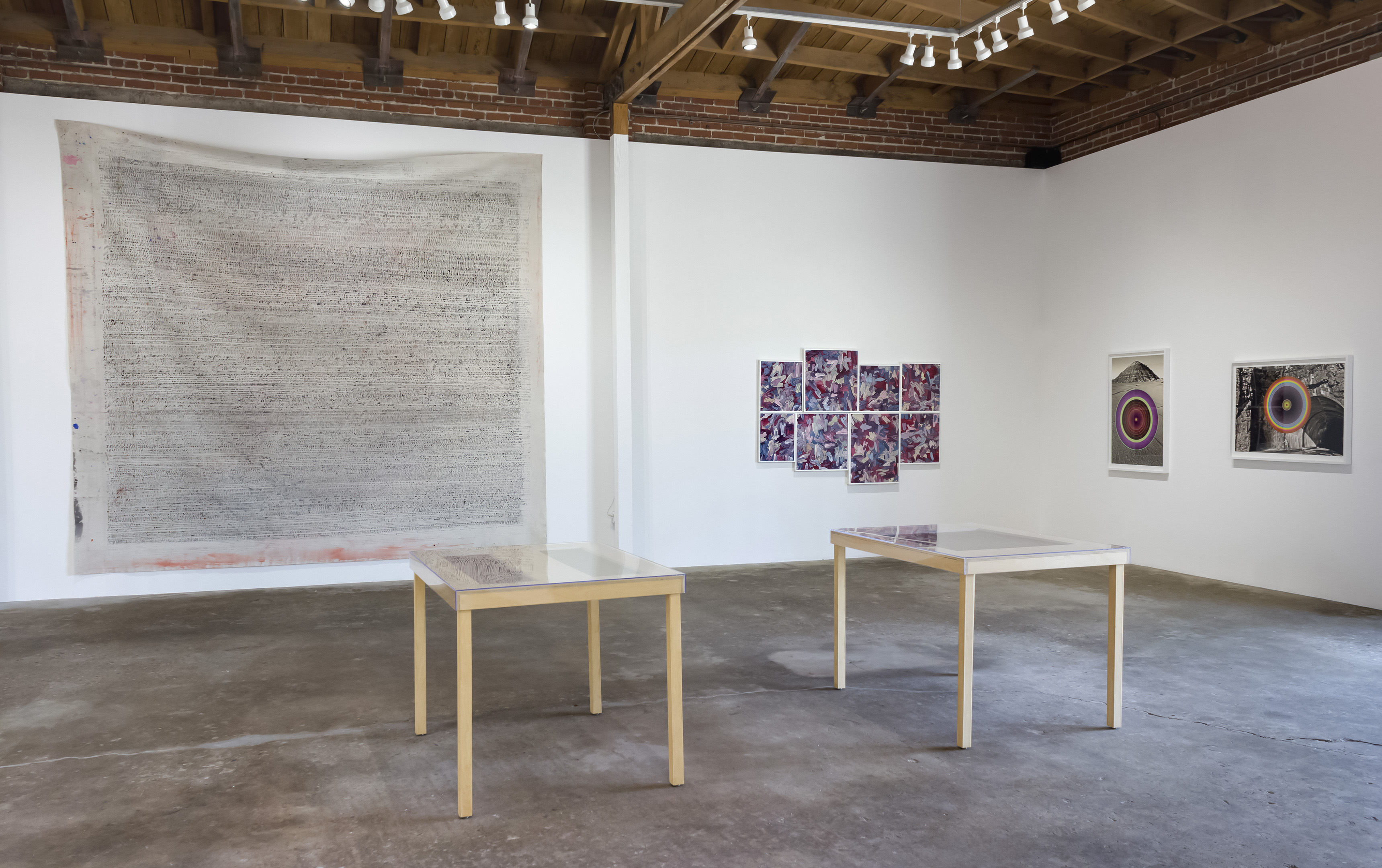 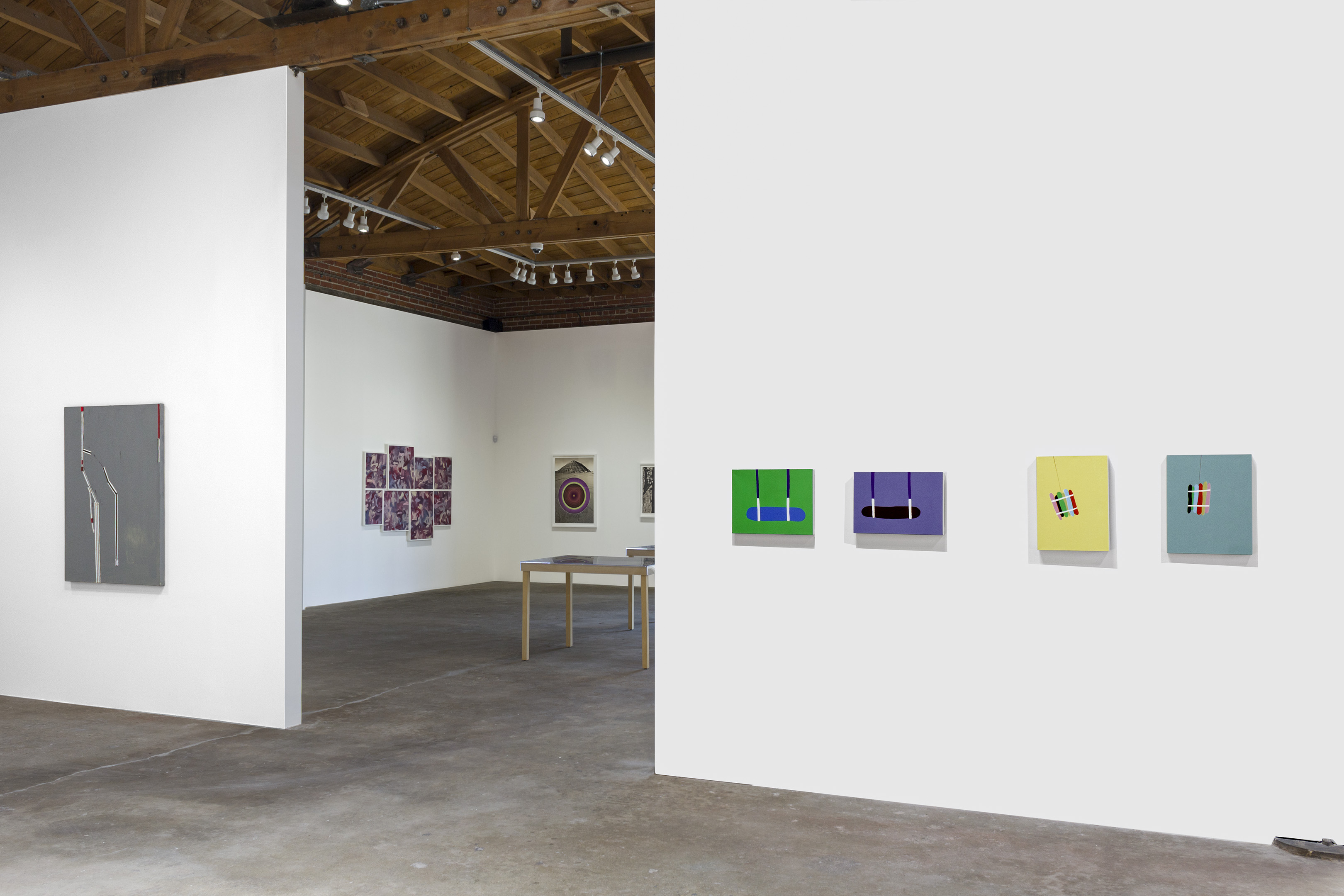 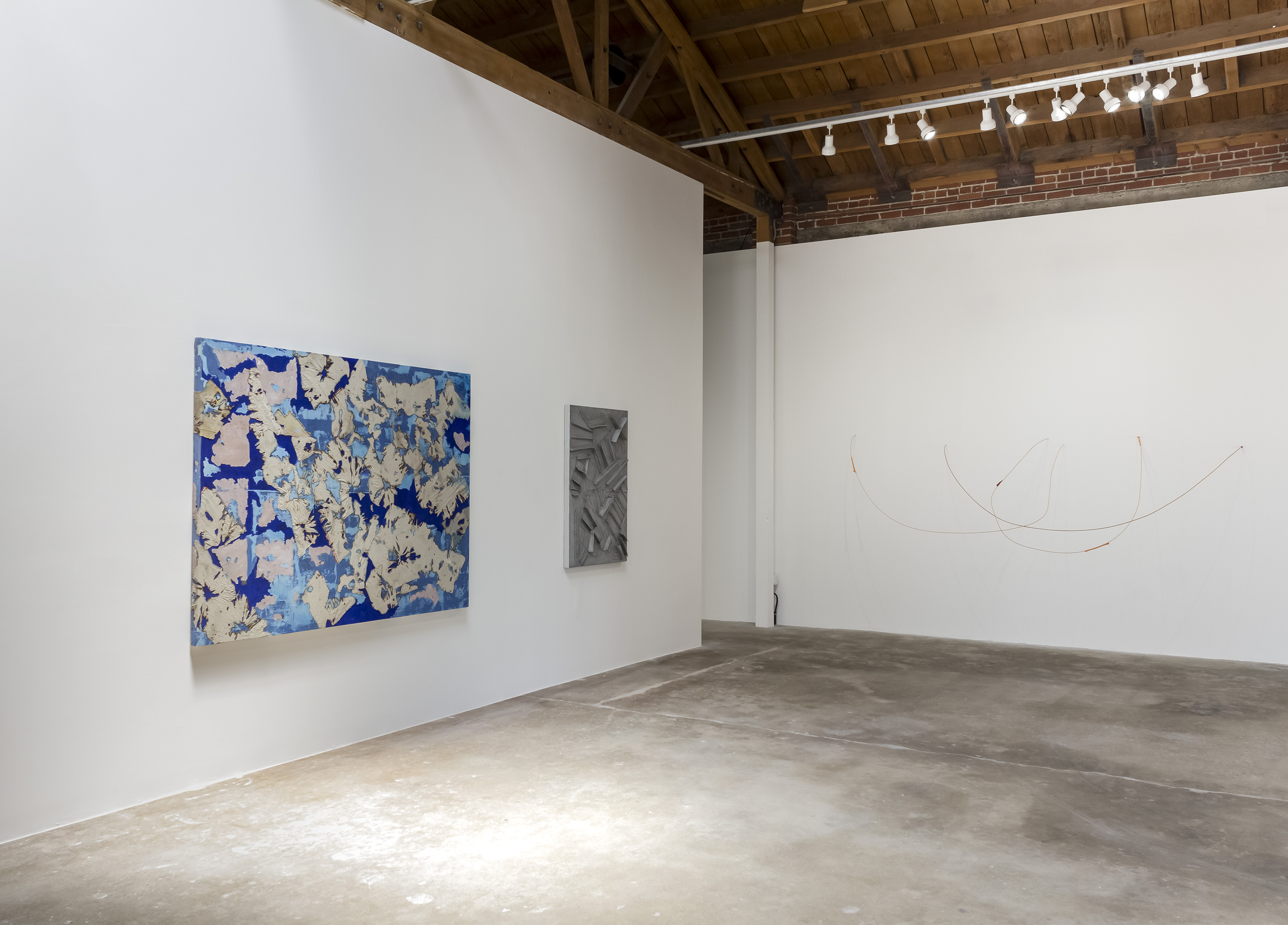 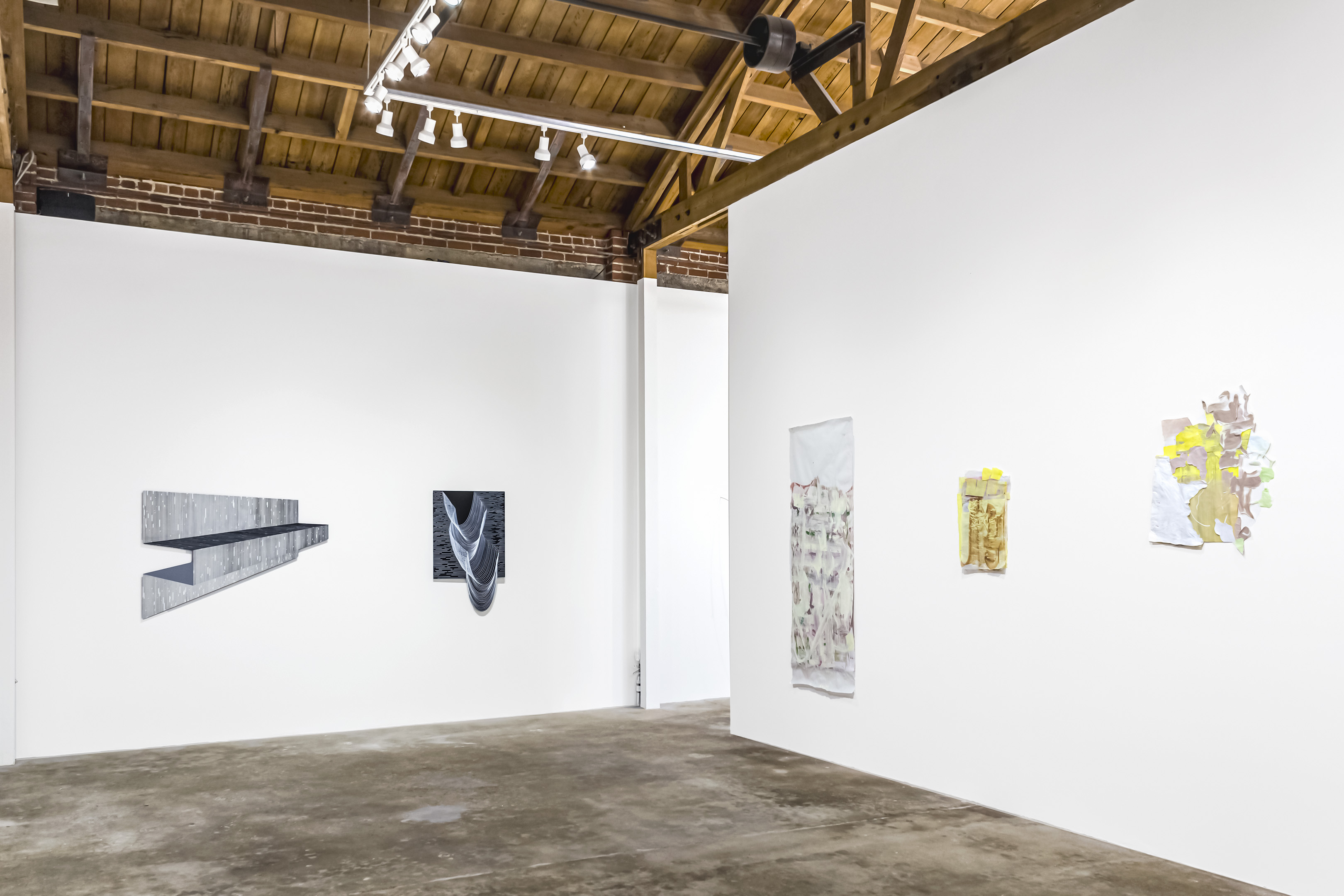 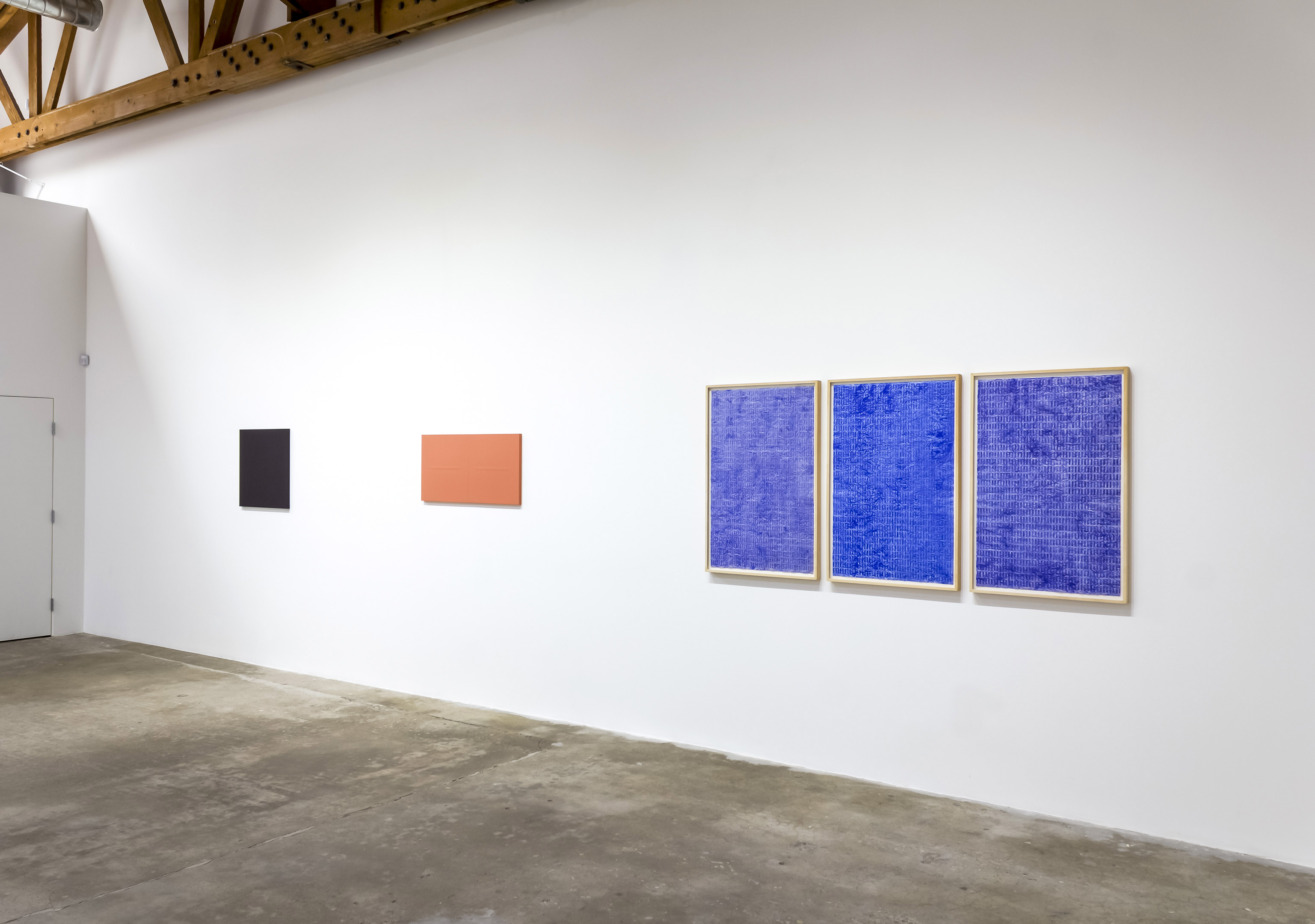 (Los Angeles, CA)- DENK Gallery is pleased to announce 80/50 Quiet Storm, a group exhibition of abstract works by 12 individual artists working across a variety of mediums in two and three-dimensional formats, including painting, drawing, collage, sculpture, and mixed-media. This varied group of artists, each of whom contributes a unique practice and vantage point to the exhibition, is drawn from two particular parts of the 20th Century: those born before 1950 and those born post-1980. Despite the clear generational divide between the two groups, their work seems to defy this substantial gap in chronology and reﬂects similar and enduring aesthetic preoccupations with the quieter, more meditative potential of simple forms, minimal space, and sparse surfaces.

Those born before 1950 entered an era of transition and change. With the world wars dominating the majority of the early twentieth century, the entire cultural, social, and political fabric of the world would change drastically over the course of a couple of decades. Coming of age in the 50s, and shortly thereafter, post-war afﬂuence in America was on the rise, and its new populations grew, steeped in the optimism of modern commercial consumerism. The world’s outlook simultaneously contracted, however, beneath the burden of nuclear threat, the paranoia of reactive conservatism, and the heavy cultural inheritances and traumas of recent world wars. The sociopolitical revolutions of the 1960s were still to take shape, and, in their wake, transform the course of history.

Those born in America in the 1980s and later, conversely, inherited a moment of afﬂuence and political conservatism, one, albeit, belonging to a world on the brink of immateriality. The new order would be digital. Technology would soon mediate everything, ecological carelessness would catch up to us all, and global populations would continue to swell as political conﬂicts the world over would reach new pitches of urgency. In our shared moment of 2017, despite the signiﬁcant generational divide between these two groups, an aesthetic continuity persists.

The artists of 80/50 Quiet Storm have arrived at their current practices through vastly different historical perspectives and paths, but their work is not as divergent or easily typiﬁed as one might initially assume, nor is a distinct or shared difference immediately discernible between the two groups. The pieces in this exhibition are connected by an understated approach to minimal abstraction, accessing the suggestive power of formal simplicity and the poetics of reduction. In the quiet of less is the impact of more.

From the monochromatic elegance and simplicity of Lies Kraal’s paintings, and the concentric geometries of Don Suggs’, to the textural surfaces of Samantha Thomas’ sculptural mixed-media paintings. And from the precise graphic delineations of Anna-Maria Bogner and Katy Ann Gilmore’s works to the terse splatters and imposing negative spaces of Gerald Giamportone’s paintings, and Steve DeGroodt’s sparse mixed-media panels, punctuated by singular moments of texture and tactility. This group is uniﬁed by muted, albeit poignant, circumscriptions of space achieved through line, spatial absence, geometry and minimal composition.