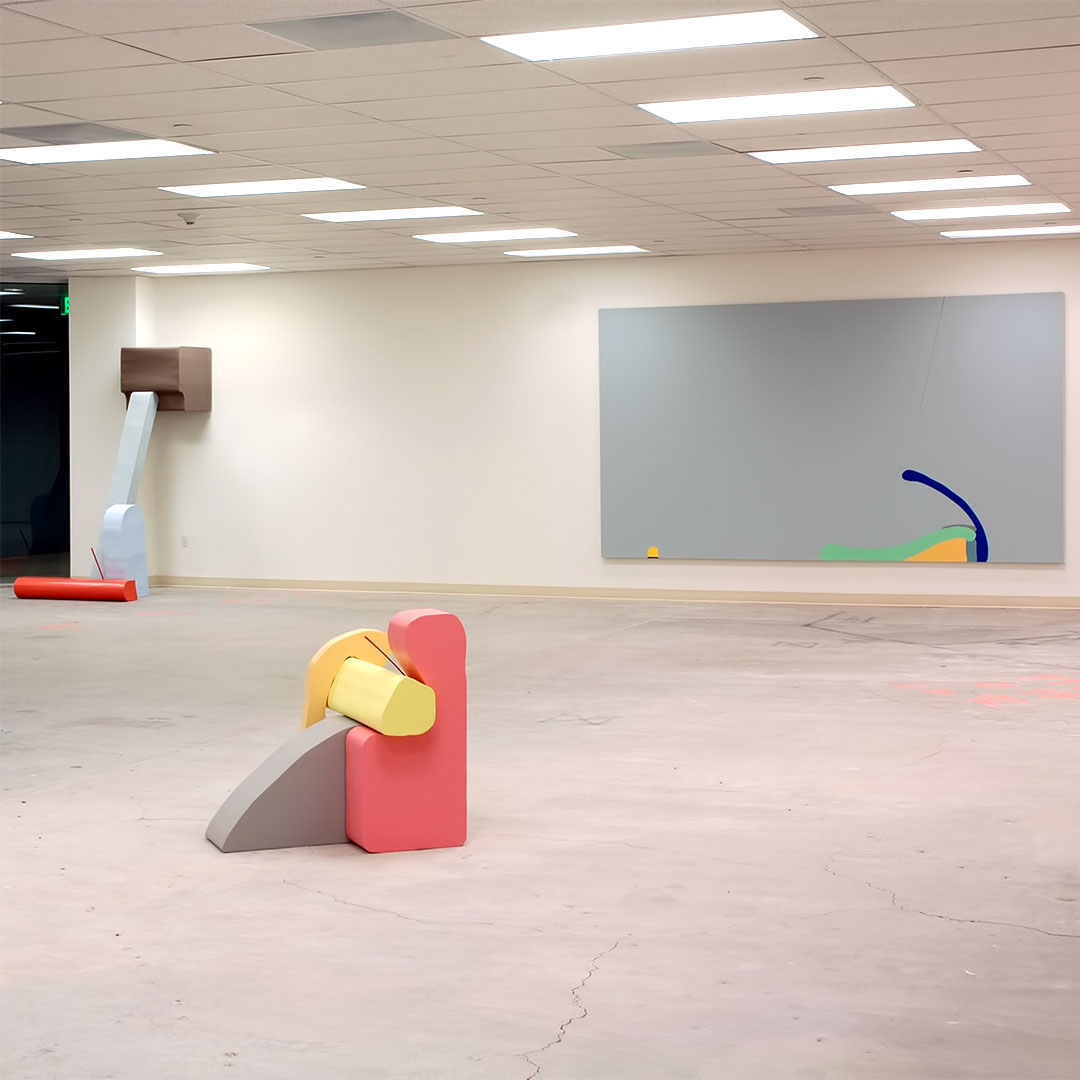 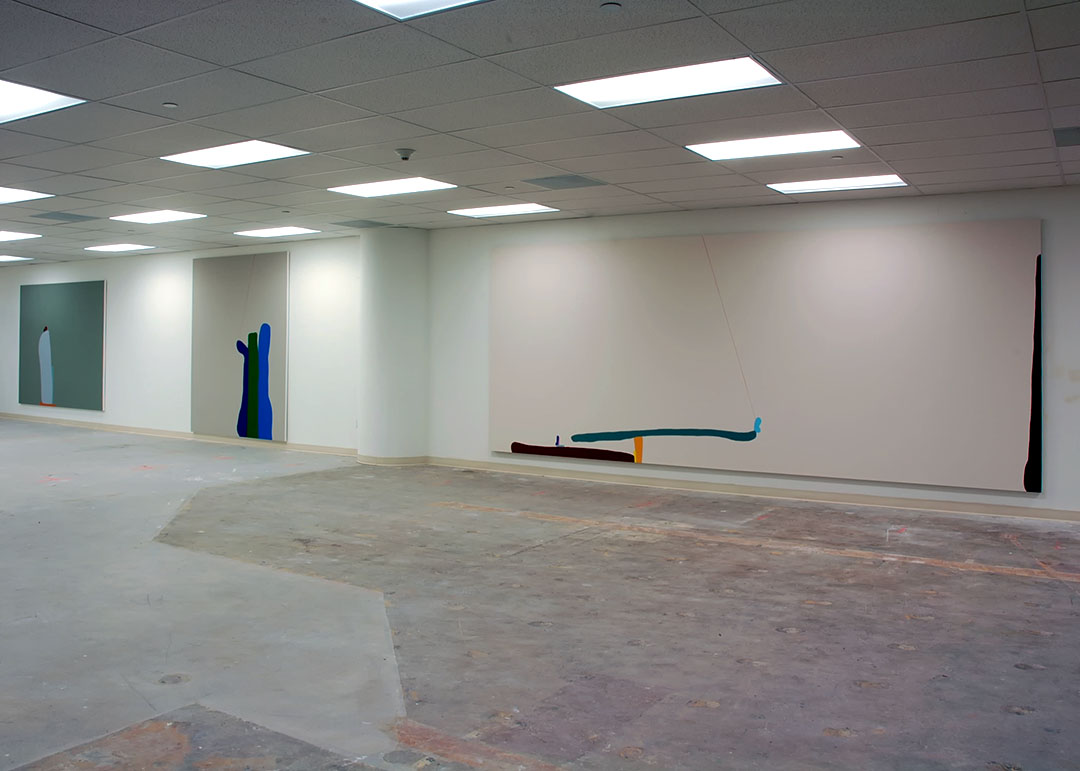 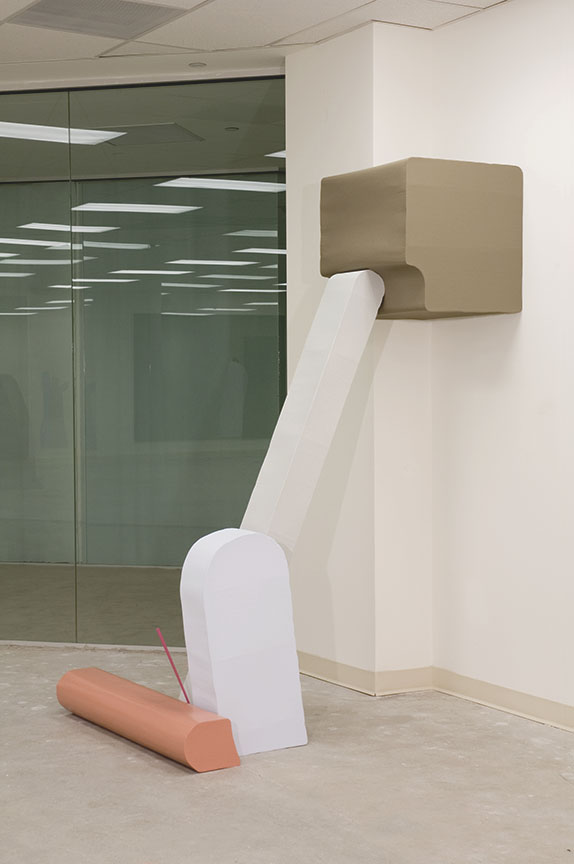 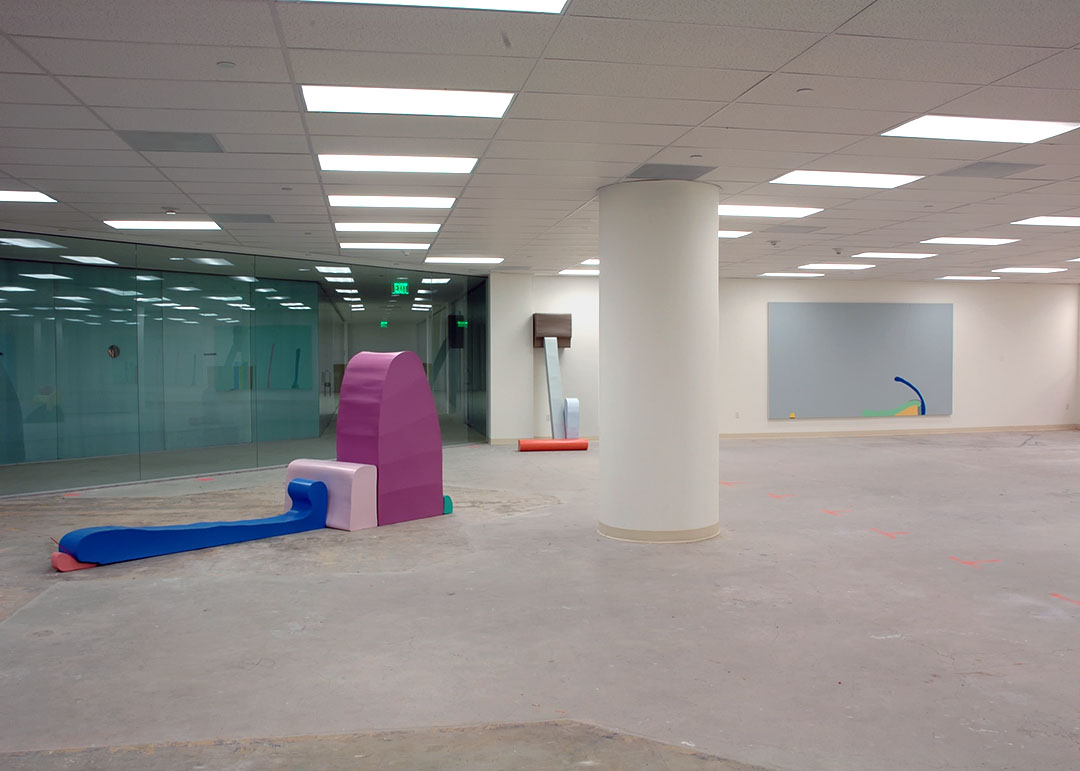 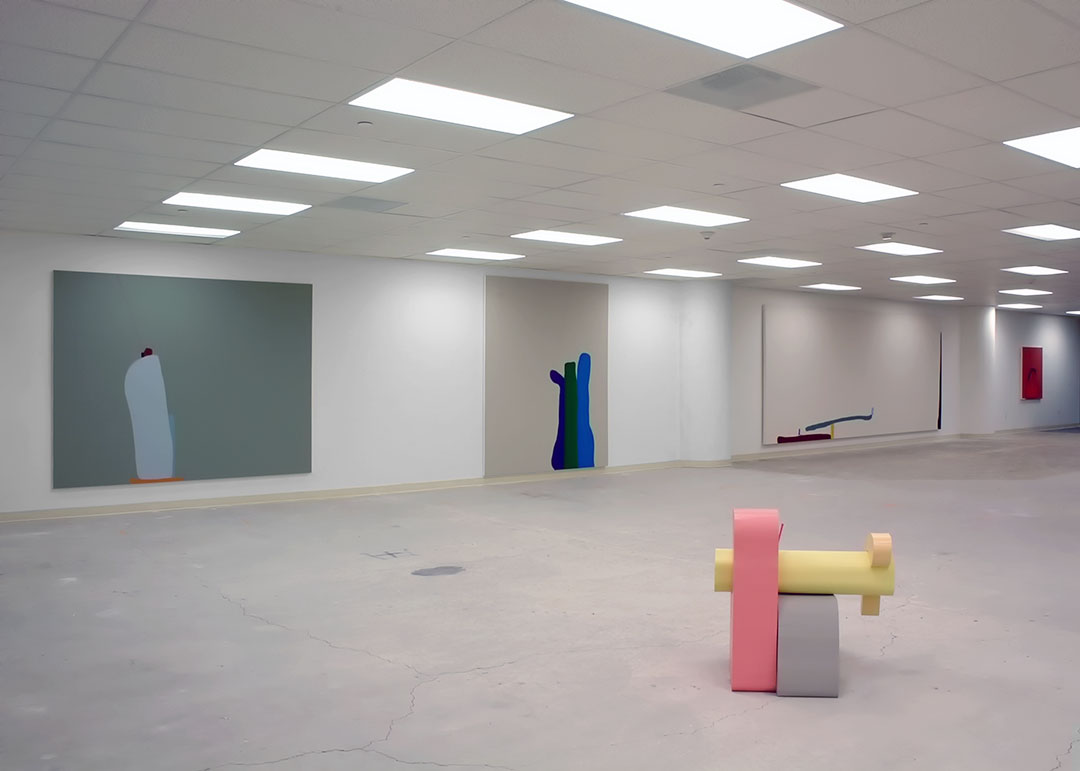 Carl Berg Projects presents Andy Kolar in his Los Angeles solo debut.  Kolar will feature his newest series of abstract paintings and sculpture.  The exhibition titled “Fairly Impartial” will be presented in a 4500 gallery space at the Pacific Design Center for which Andy has specifically created this body of work.  The paintings in the exhibition are unusually large, the largest measuring 8 x 20 feet, and will integrate wonderfully into this large space.  In addition to his large paintings Andy will be presenting sculptural works that are derived from the abstract forms in his paintings.  The sculpture and paintings play off of each other in a magnificent tableau of color and form both in two and three dimensions.

Kolar recently received his MFA from California State University at Long Beach where he began making paintings with the blob-like forms that is also in his current work.  Over the last few years, however, these colorful forms have become more animated giving them almost a figurative quality but never referring to the figure itself.  Some canvases contain many forms while others are more minimal but there is always a sense of balance in his work.  This balance, however, is usually broken up by a long thin painted line that intrudes on the composition seemingly from outside the image itself.  This element plays an important role by creating a dynamic tension in the painting’s otherwise very balanced presence.

The sculptural works by Kolar are a newer development and have served an important role to further define his abstract process.  They bring the two-dimensions of his paintings into three-dimensions giving the viewer an actualization of Kolar’s shapes into their space.

The shapes in Kolar’s paintings and sculpture are culled from his own vision and are not derived through a computer process, projected from smaller drawings or other such applications.  His paintings and sculpture are a more pure reflection of a body-mind relationship where the mechanics of his body and his artistic vision are vividly reflected in each discrete work.

The exhibition will be accompanied by a fully illustrated catalog with an essay by renowned curator and art critic Christopher Miles.