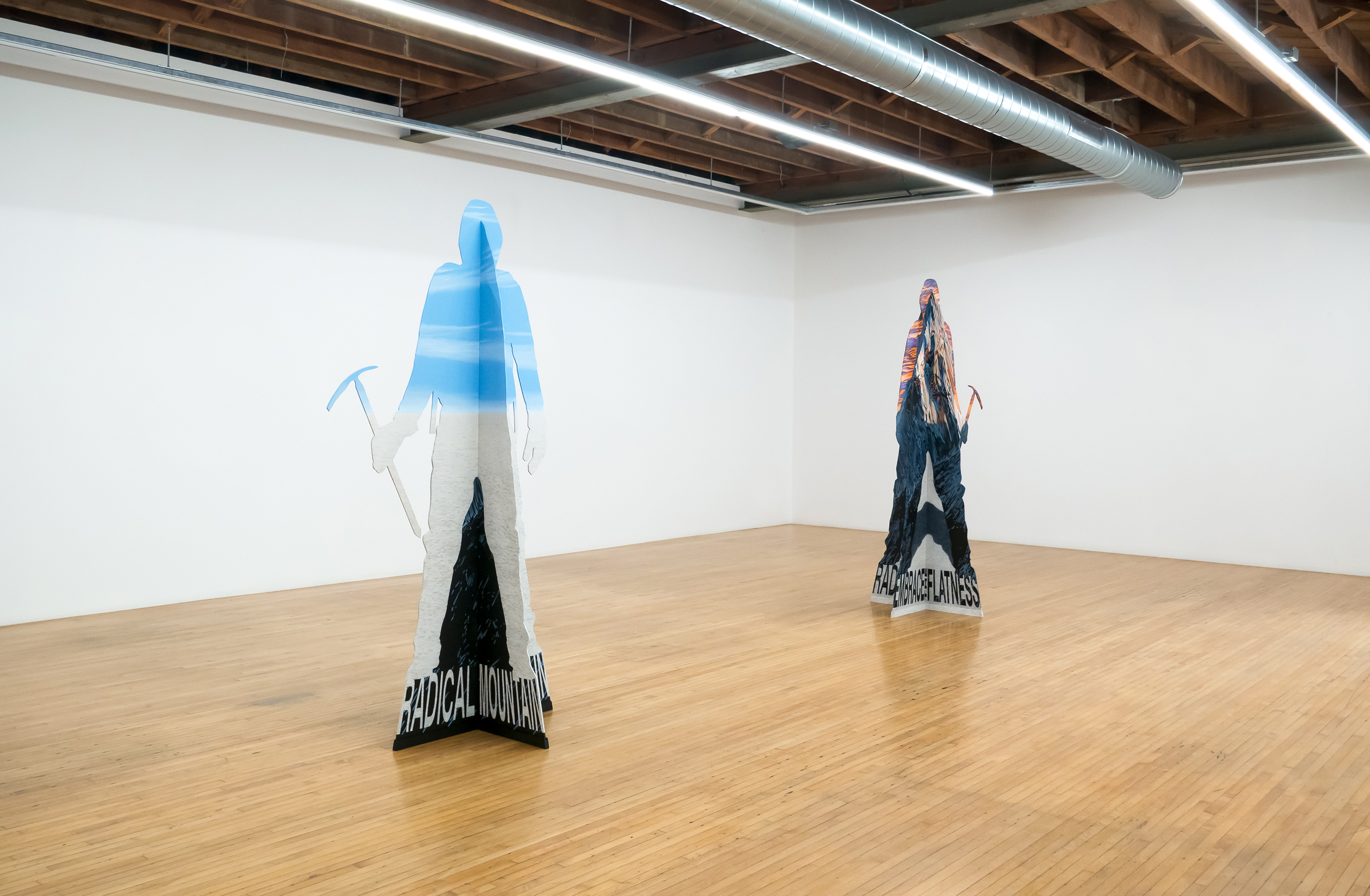 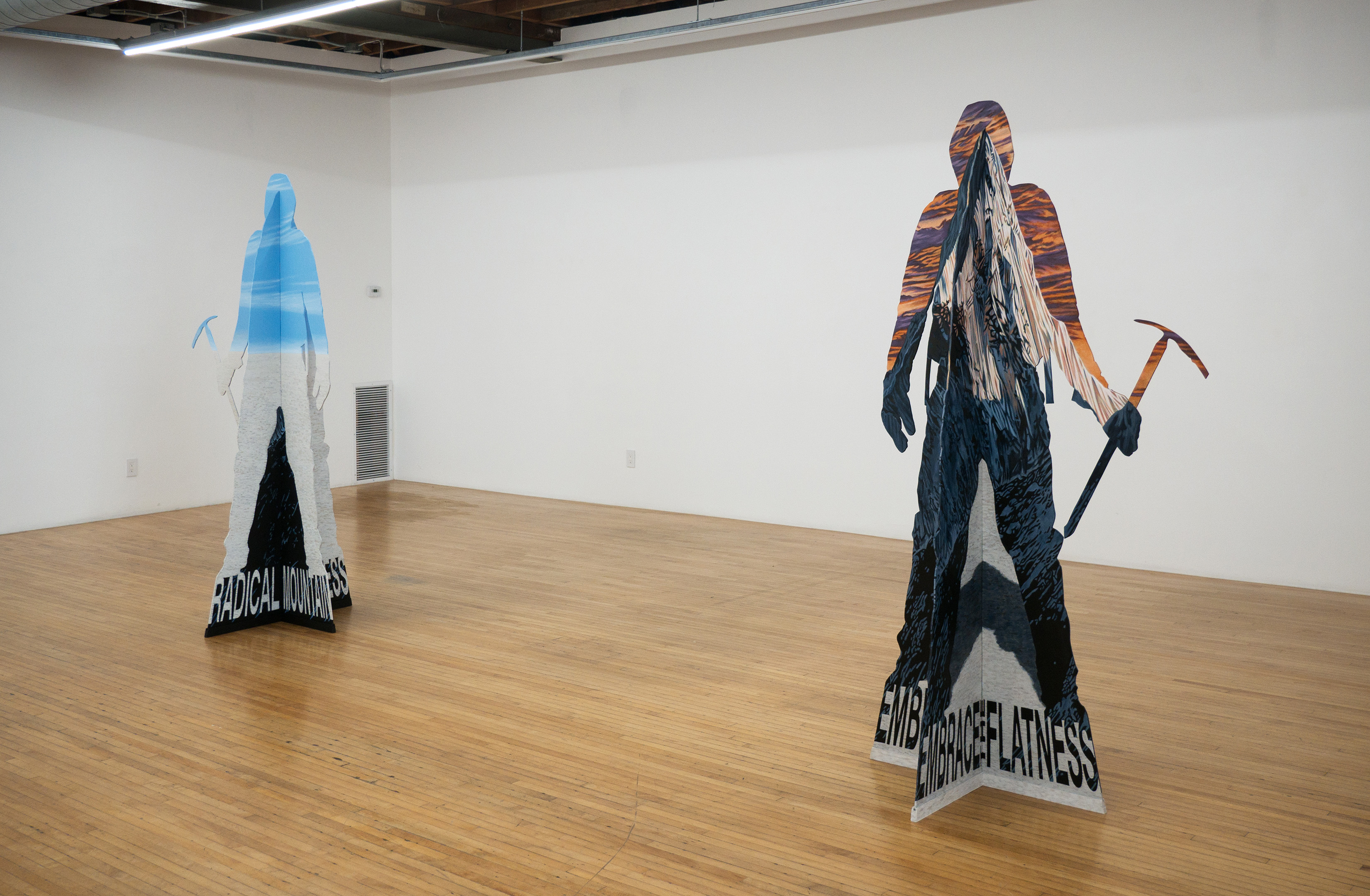 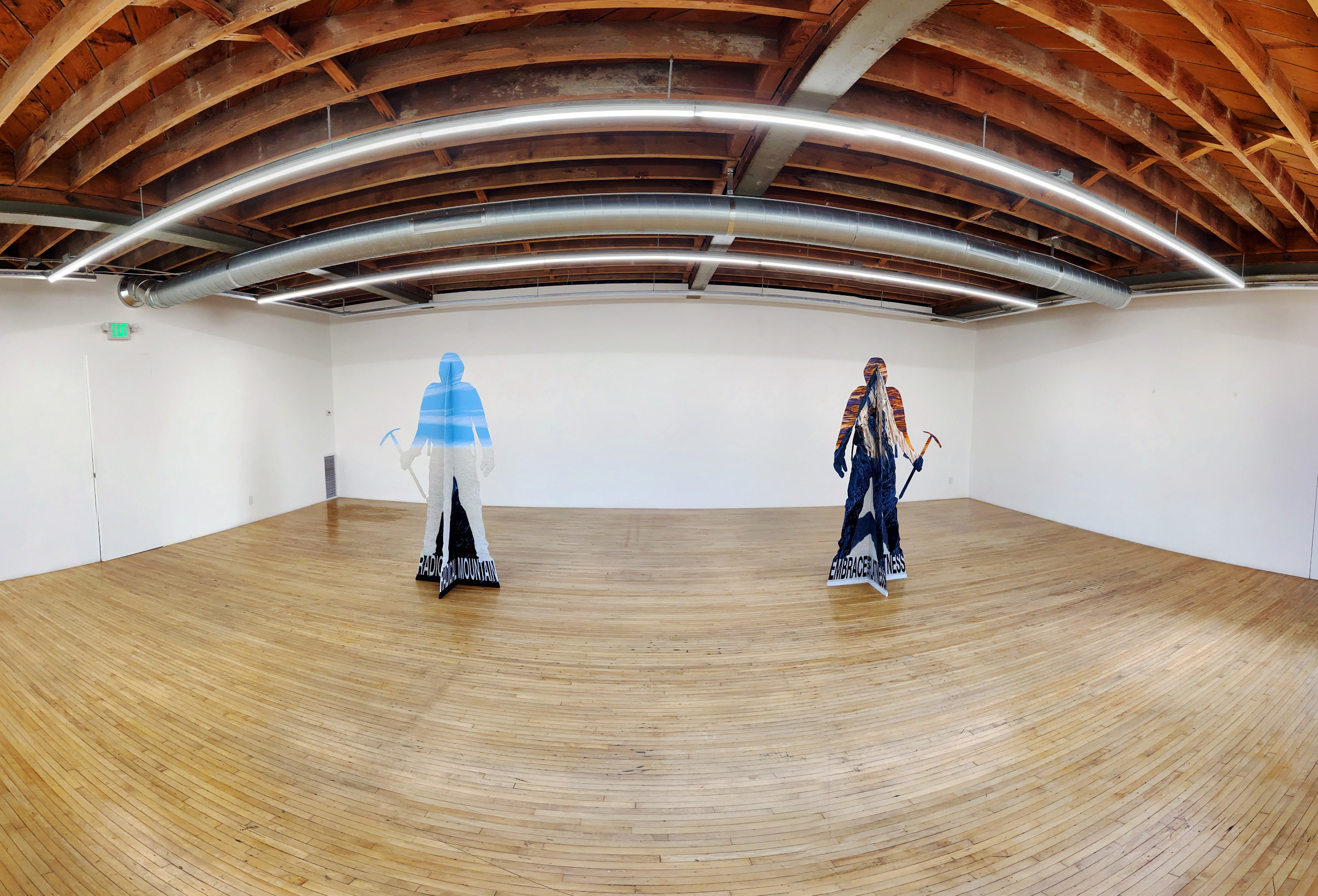 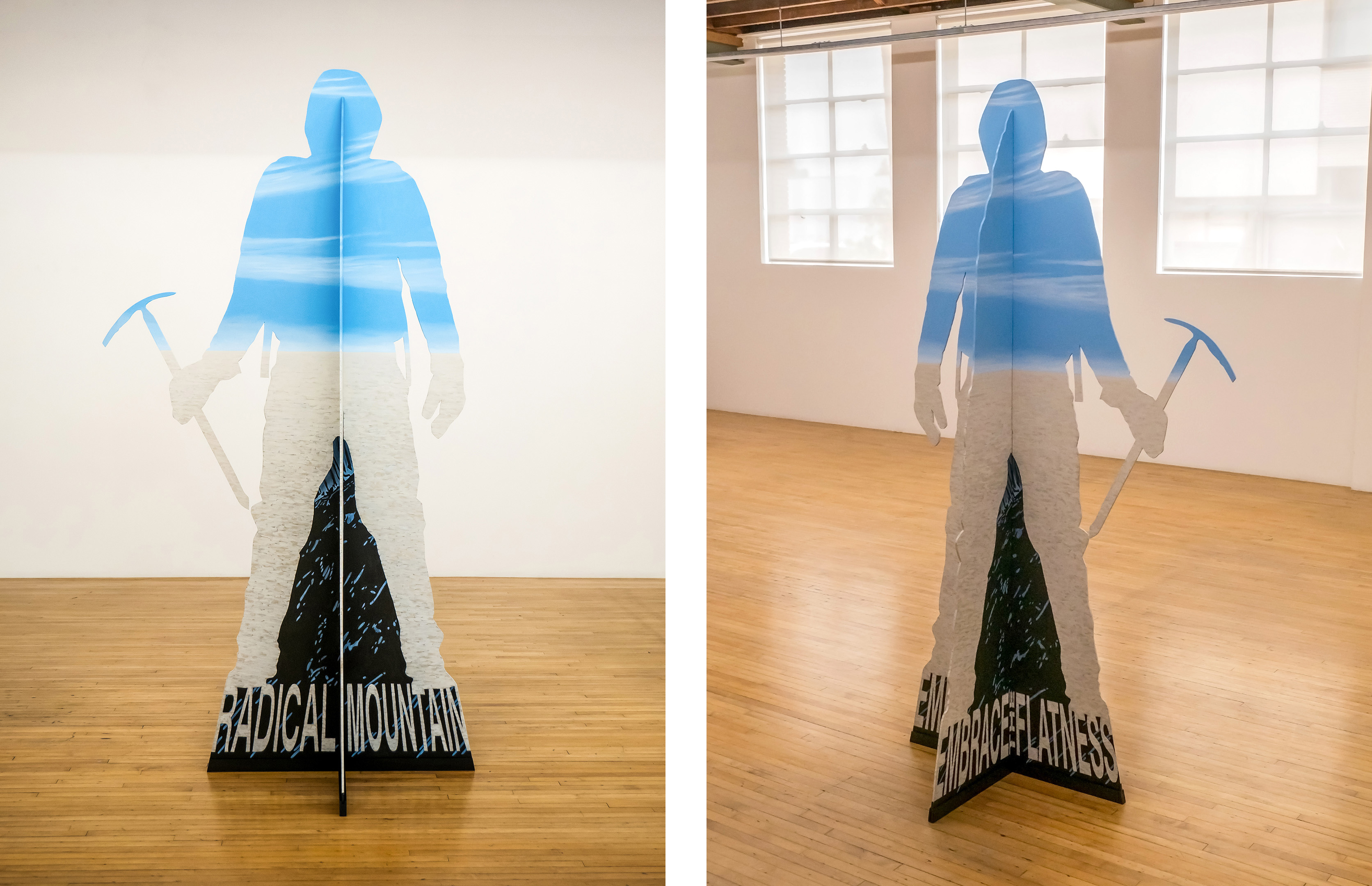 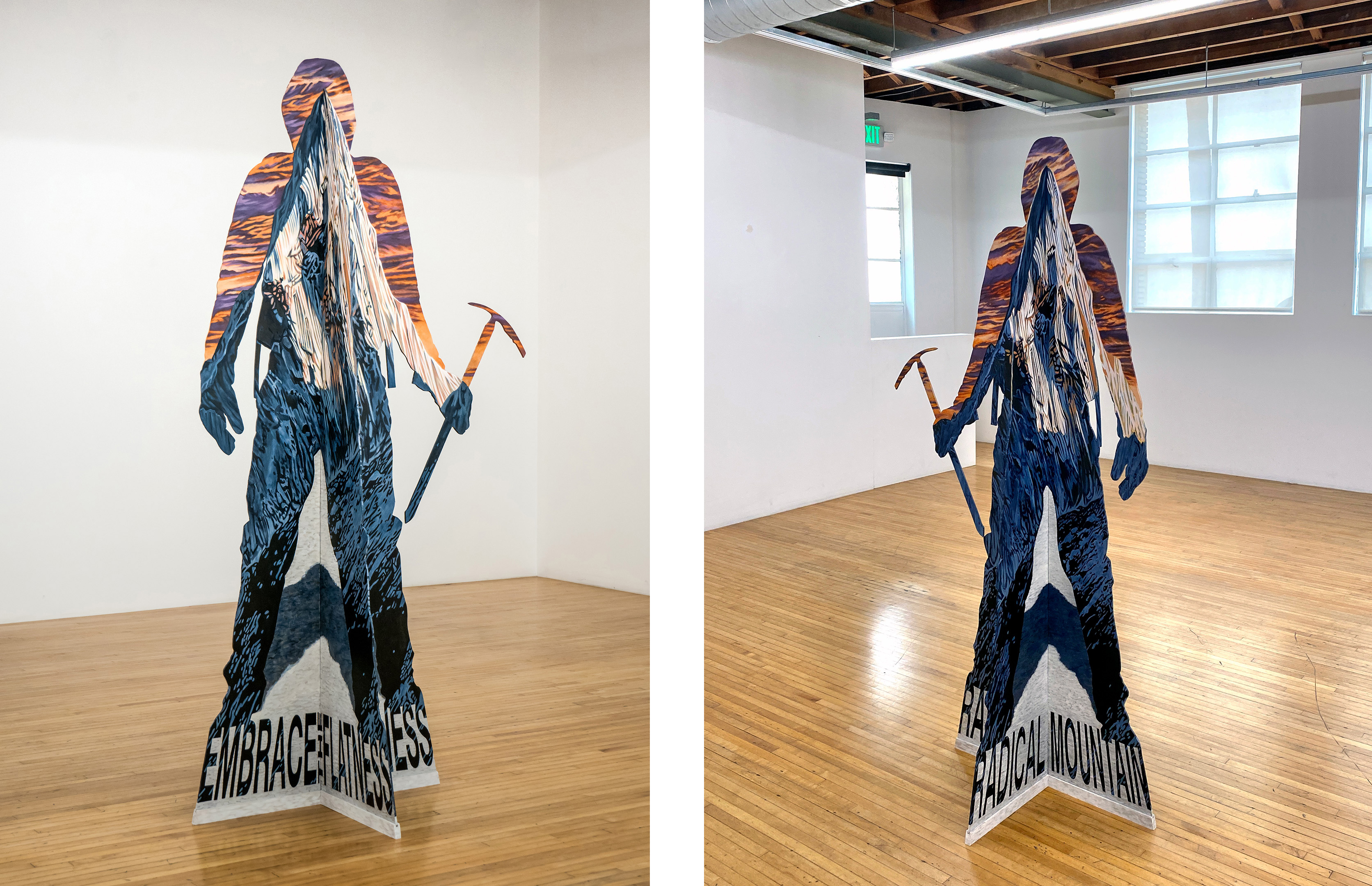 (Los Angeles, CA) - CMAY gallery is pleased to present Radical Mountain: Embrace The Flatness, a solo exhibition by Daniel Hawkins. This is the artist’s first exhibition with the gallery, and the first of three projected Radical Mountain exhibitions planned for the next two years -- continuing Hawkins’ series of ambitious, narrative-laden, interdisciplinary projects.

The ostensible end product of the Radical Mountain project is another idiosyncratic translation of Land Art -- an alpine adventure film about the conquest of a summit with an elevation of zero, by a band of cult-like true believers led by the artist himself. With Radical Mountain still under development, it has already spawned two spin-off film projects: a making-of documentary about the aborted first attempt, and a fictionalized recounting of the auteur’s campaign to secure the acting services of Val Kilmer.

Over the course of these cinema experiments, Hawkins has amassed a large body of related works including

Radical Mountain: Embrace The Flatness presents a selection of these artifacts to articulate the parameters of this sprawling, ambitious exploration of landscape, cinema, Modernism, and New Age self-help movements.