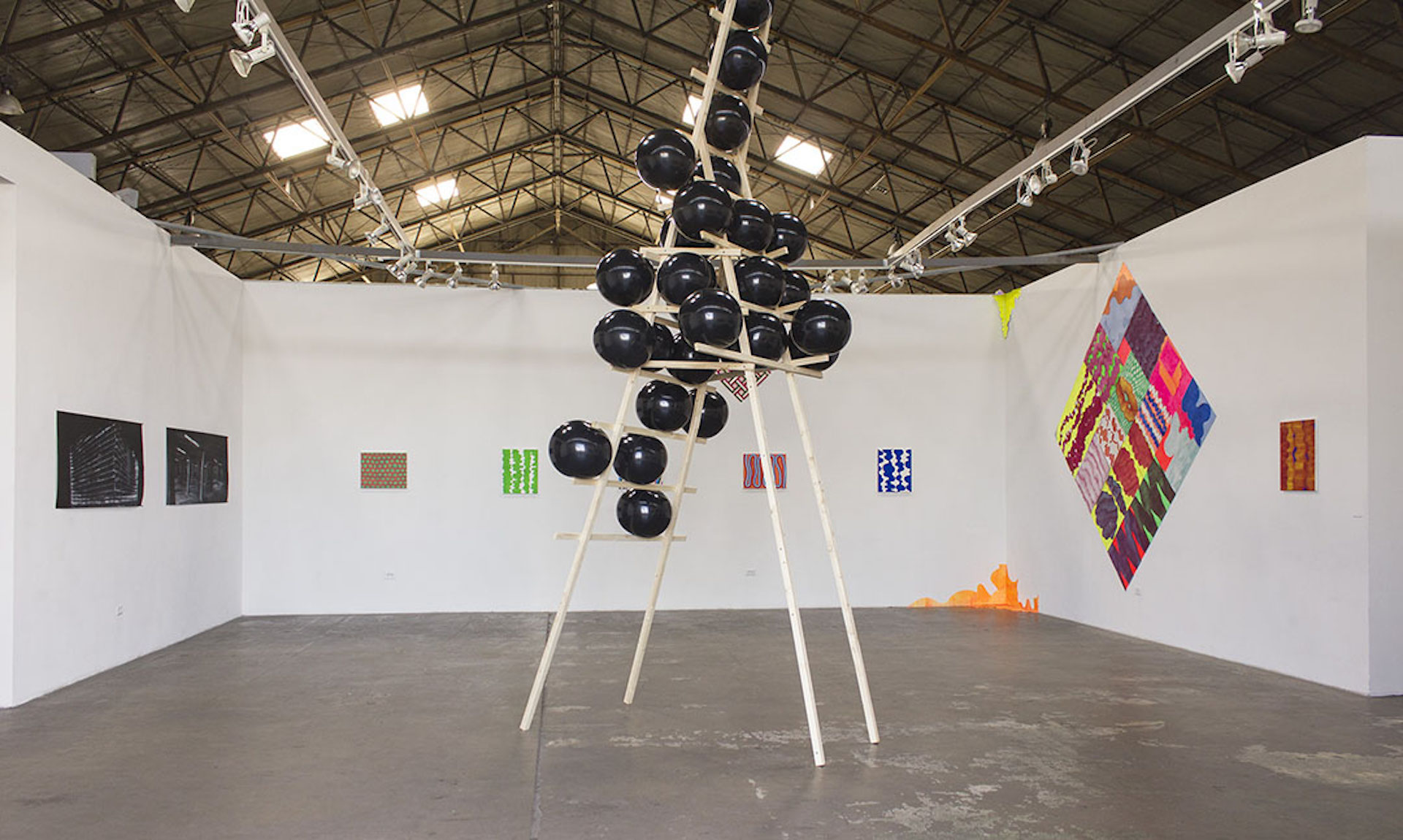 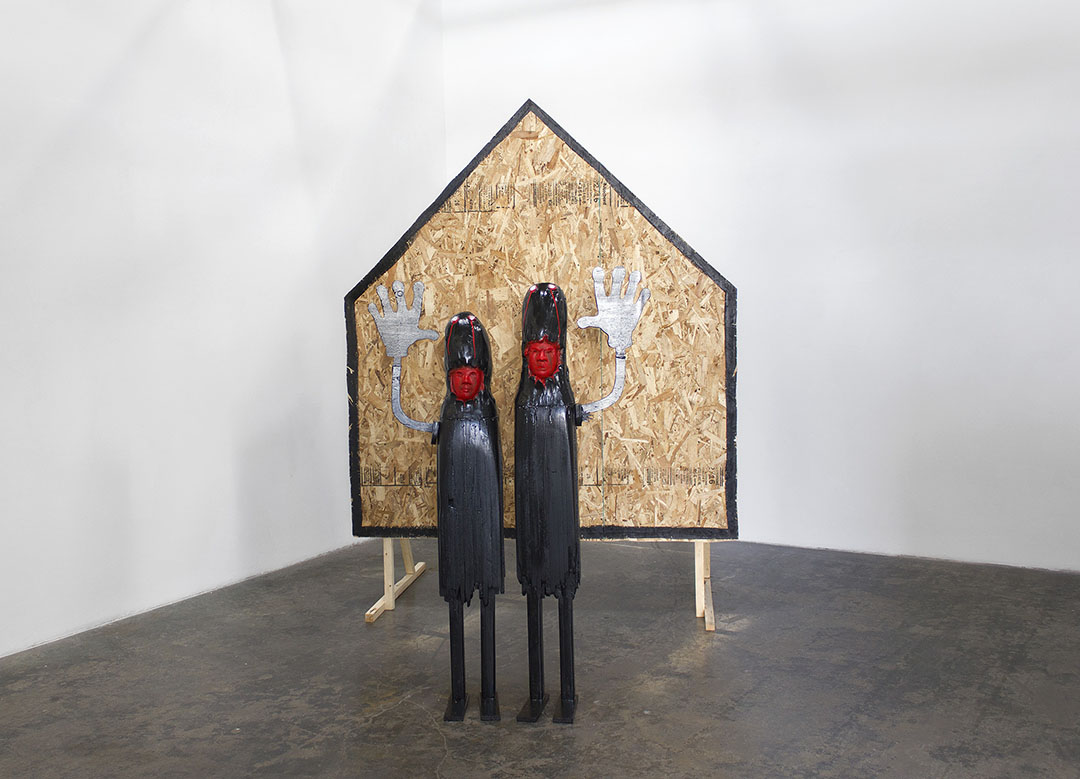 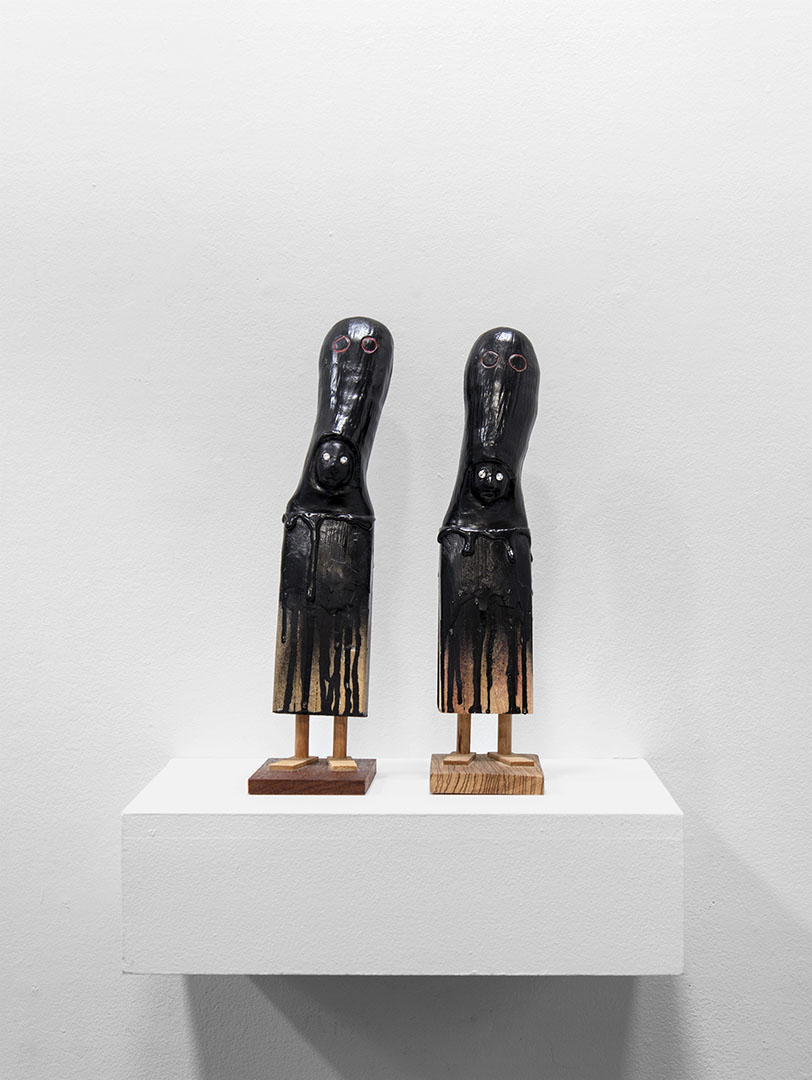 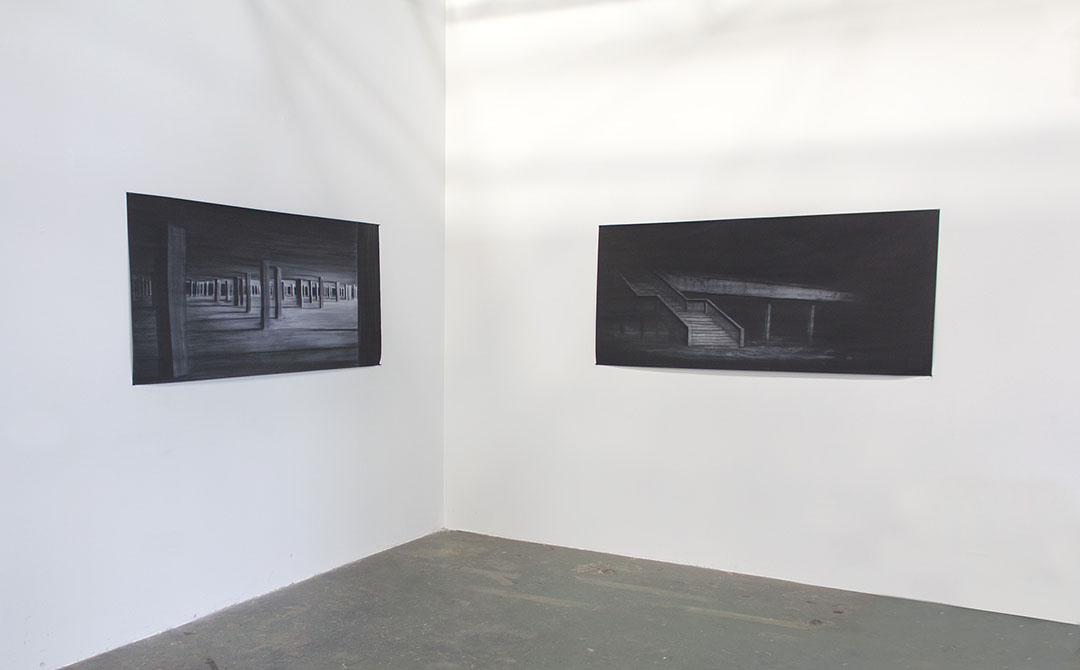 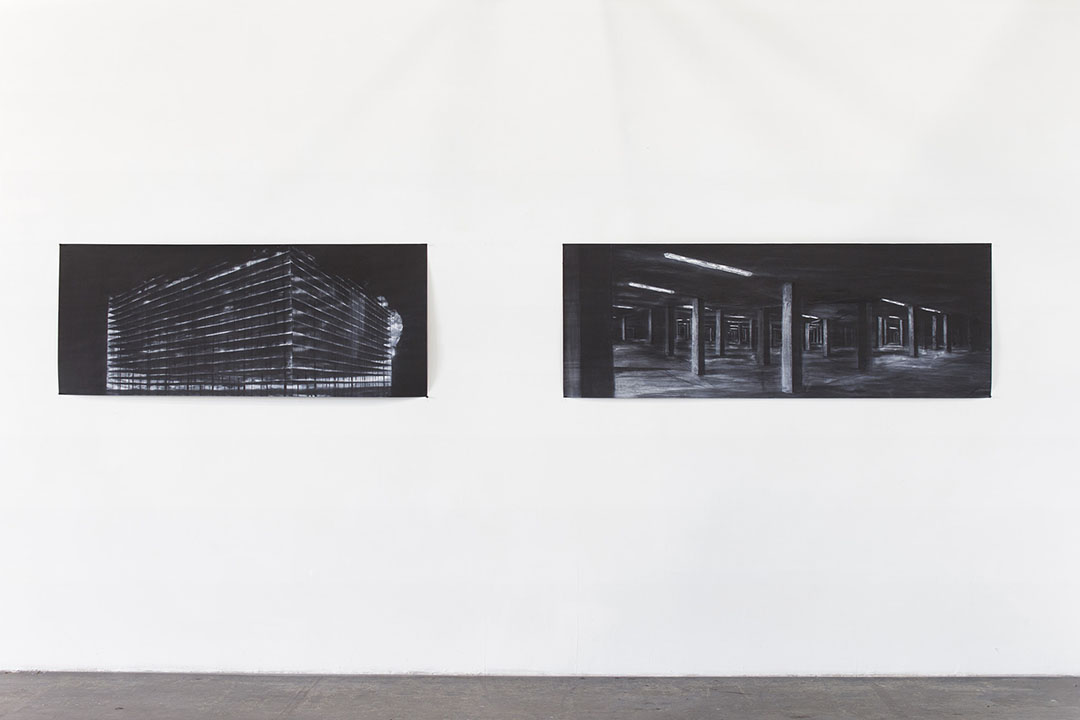 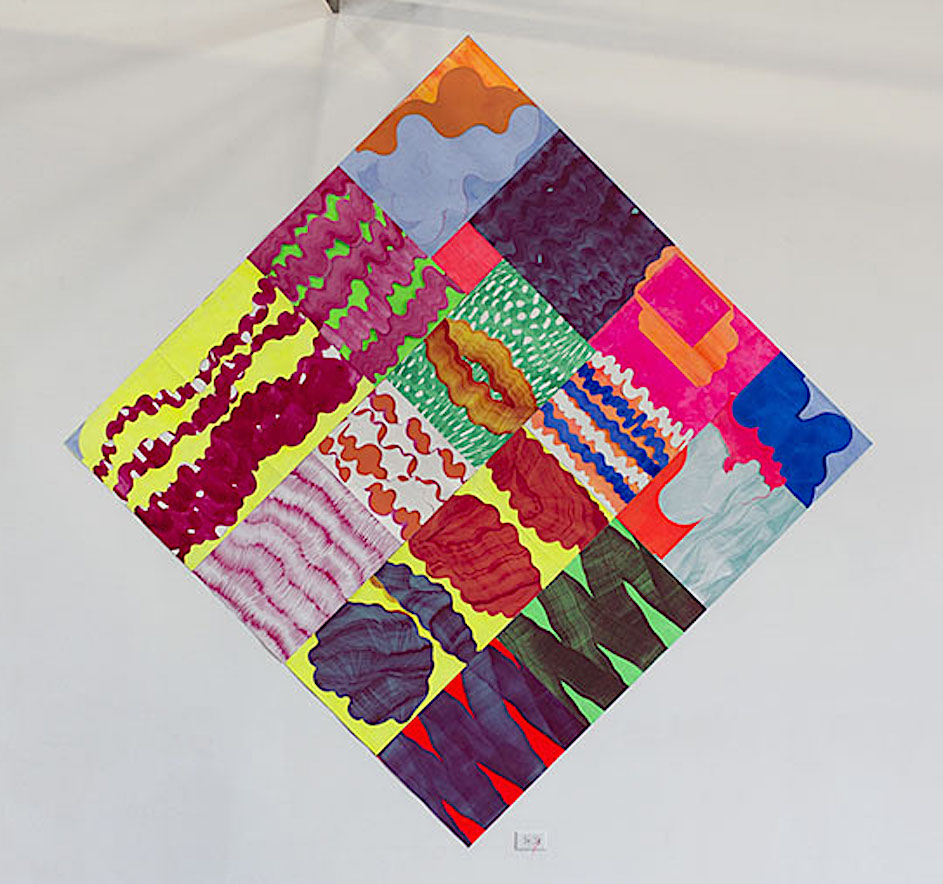 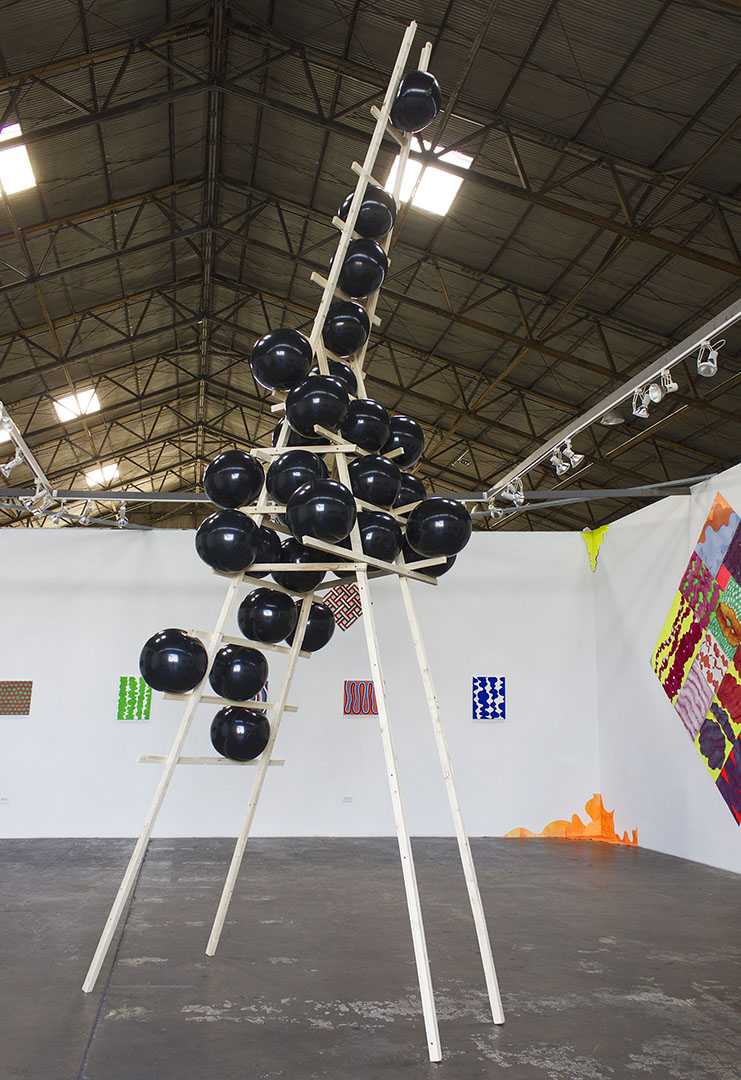 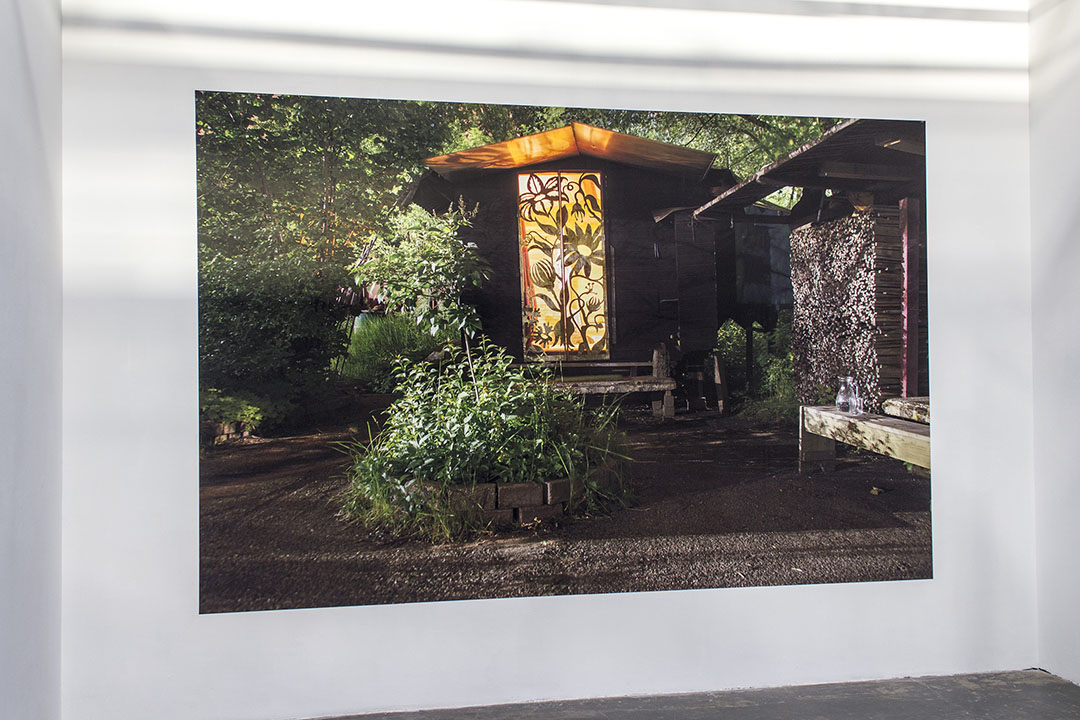 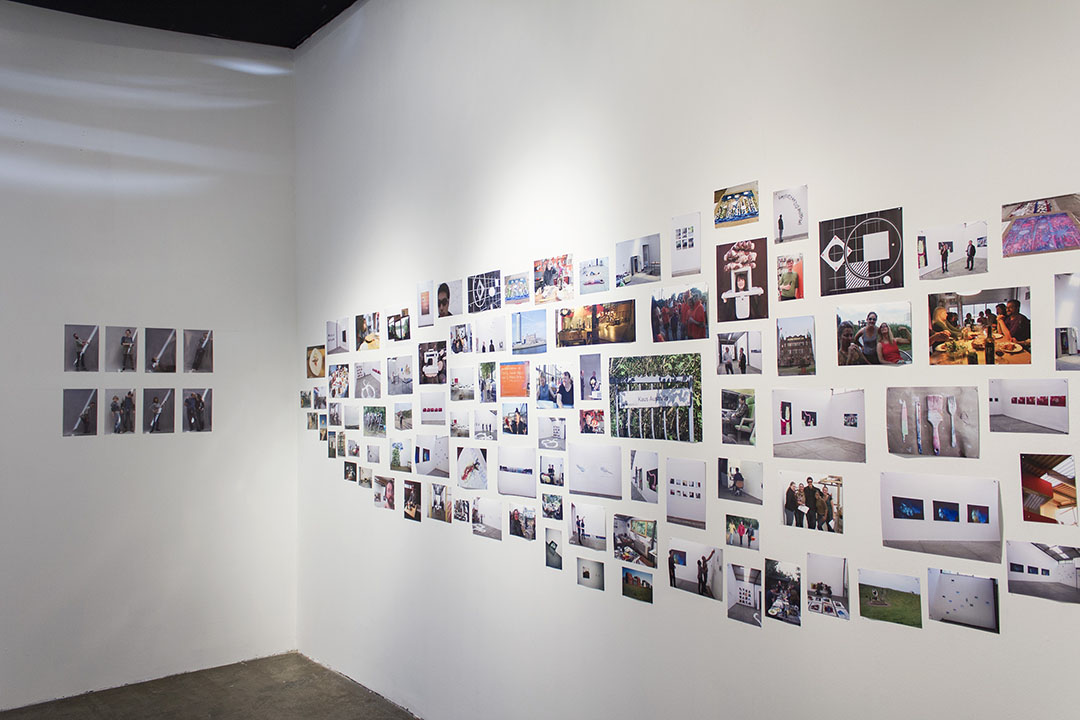 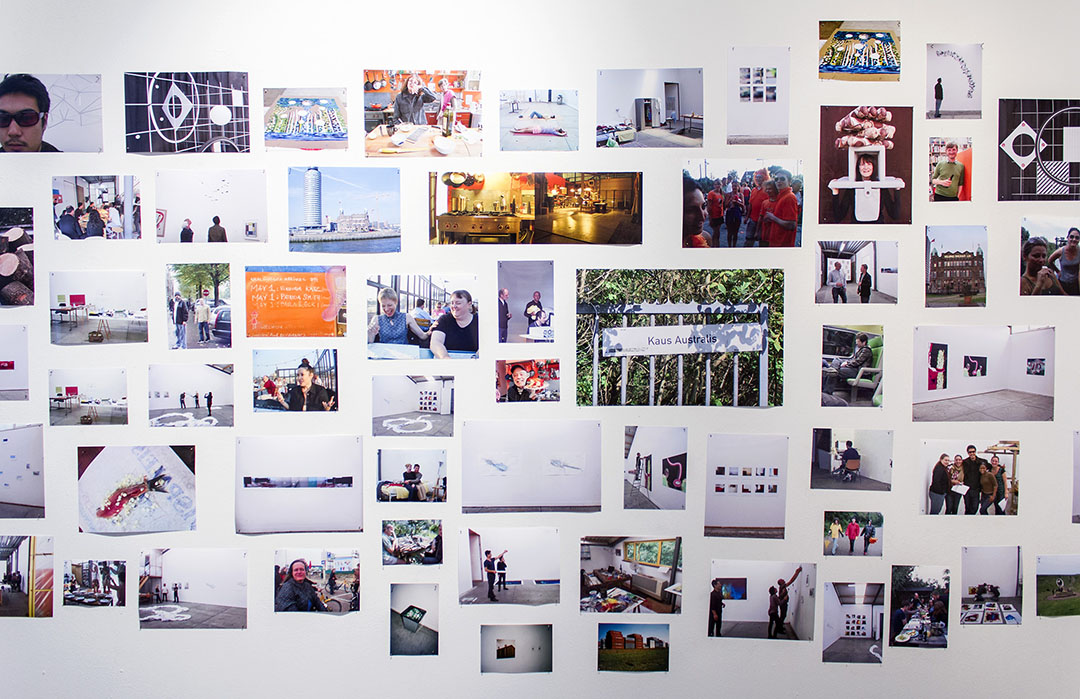 The exhibition is curated by Carl Berg; who initiated the Los Angeles - Kaus Australis residency program in 2002 with founding members Dineke van Huizen, Chris van Mullligen and Nic Bezemer. Over the 14 years of the residency program, Carl Berg has acted as liaison to Kaus Australis finding artists and curating the program in which over 70 artists have now participated. So far this exchange has generated very favourable opportunities for the LA based artists who have been able to get in touch with the Dutch and European art scene through their stay in the fabulous environment of Kaus Australis.

Now we want to give the artists who run Kaus Australis the unique opportunity to show their works to a large audience in the LA art scene, one of the most booming art scenes globally right now. The aim is to promote their works in Los Angeles, celebrate 14 years of cultural exchange and strengthen the ties between the Dutch and LA art scenes.

This exhibition honors not only the residency program itself and the ongoing dialogue it has enabled between two differing cultural worlds, but more so aims at grouping works by the individual artists that have run the program over the years. Wietse Eeken, Sandro Setola, Babette Kleijn, Karin Suter, Dineke van Huizen and Chris van Mulligen are all practicing artists working in different media and for most in the group it will be their first exhibition in Los Angeles. Their work varies in style and concept and will give the visitors to the exhibition a diverse look into the Dutch and Rotterdam art scenes. 5 out of 6 artists have proposed to make new site specific works which is not only part of their practice but also paralels the idea of a residency like Kaus Australis and what it has offered LA-based artists over the years; to experiment, expand and make new works inspired by a new environment.

Likewise, the large space of Arena 1 will be completely to their disposal to show and make new works, most of which will be site specific and/or dealing with the space and environment of Arena 1 and possibly their LA experiences.
The Los Angeles based artists will present a mix of artworks, ephemera and photographs documenting their stay at the residency program. This mix of objects will be featured in a one-room-installation curated by Carl Berg: a survey of LA’s history at the residency since 2002.

Wietse Eeken (1975) is a Rotterdam based sculptor. His work method has a strong traditional character, even though he has a very contemporary use of materials. Within the work the dualism between the radical and the traditionalism is very much on front. On the one side it is about the sculptural work in its most pure form, the material, the form, and the honesty of the process. On the other side there is the story behind the form which isn’t always subtle or nuanced. The work should be seen as illustration of this story. A hodgepodge of references to literature and pop culture that is continuously molded into new forms. Story lines appear and disappear whenever the figures that inhabit the story take on a new appearance.
Again and again these figures inhabit this story world that seems apparently elusive. Is the body of work telling the same story or do they seem to unite fragments of other storylines within them.
The work always incorporates a duality of form and look that envelops them time and again in an eerie atmosphere. In a world where beauty has a doubtful downside the dark side of the story increasingly manifest itself
The work Wietse Eeken makes is never a glamorous statement but moreover a serious translation of his most particular reality

For the LA exhibition Wietse Eeken will create an installation based on the painting American Gotchic by Grant Wood. It will consist of two sculptures and a walldrawing that are to induce a flow of associations hinting at the original painting. The cartoonesque style of some of his works will clash nicely with the sternness of the painting by Grant Wood.

Sandro Setola
1976, Heerlen, NL
www.sandrosetola.com
Since 2004 Sandro Setola has been completely focussed on the subject of architecture and building processes and their underlying ideals (or lack thereof). Associations with architectural proposals allow these works to enter a twilight zone between desire and reality that in turn raises questions about their function or meaning.
On the one hand they can be seen as comments on our everyday surroundings and urban environment by proposing buildings that seem to be designed for the expression of discomfort, spirituality or a lack of ideology or function. In other works the strong links to the aforementioned natural or universal processes and their psychological paralels prevail and cause the proposed structures to be nothing more but representations of a particular state of mind or personality.

For the Exhibition Sandro Setola will show a selection of recent drawings and sculptures.

Babette Kleijn
1987, Goes, NL
Babette Kleijn makes drawings/collages and monumental wall works of thread and acrylic which she calls ' mental models '. The origin of its meaning is her need to gain ' sharpness', and coordinating all the noise that naturally comes with it.
These Mental Models shows fragments from this dynamic inner process. This ‘sharpness’ theory can define itself as a intuitive combination of inner (and outer) symbolism and the logics of physics, the natural laws. This can be a zoomed in (personal) character. Or a zoomed out (General) character. The visuals almost always expresses itself in the form of a vast landscape, with the horizon as recurring fixed element.

For the LA exhibition Babette kleijn will make a new site specific installation that will be inspired by the vastness of the LA landscape. Possibly incorporating neonlights.

1979, Switzerland, lives and works in Rotterdam.

A word that is often fitted to Suter’s sculptures is fetish, which stretches back etymologically to the Latin facticius, our ‘factitious’, an artificial or a made thing. The word is used widely, and often without historical or anthropological particularity, instead applied for its material and morphological assonances. It becomes a catch-all term for objects that read as ‘primitive’ – handmade, ‘folk’ or even ‘amateur’, archaic in sensibility, and above all imbued with a potency that belies the stuff of which they are made. Karin Suter uses the fetish aspect of her art works in a formal and affective way, moderated by interest in ethnographic and archaeological objects, enhancing the symmetry and the beauty of materiality, and with a general attraction to ritual and myth as much as to history.

For the La Exhibition Karin Suter will make a site specific installation for which she will gather the materials on site.

Dineke van Huizen, born 1963 Groningen, lives and works in Rotterdam. Exhibitions and works present in collections throughout Europe and the US since 1988
The work of Dineke van Huizen reflects in a playful way the serious paradox of visual illusion and concrete reality. She develops colorful, vibrant formations on walls and floors with painted paper-cuts. The capricious but delicate compositions that appear, with waving brush-strokes and organic shapes as vocabulary, function as flat maquettes for definite oil-paintings on canvas.

It is significant that within the dynamic compositions each shape seems to take a determined, ever-lasting position but at the same time could any moment liberate itself and fly away to pose in different other settings.
The spatial detours which are taken upon in advance of a final painting, lead to literal and figurative color-fields that visually absorb, mix with and transform the environment; either experienced at a wall, on a canvas or a floor.

Chris van Mulligen born 1954 in Steenwijk, lives and works in Rotterdam.
Chris van Mulligen’s sculptures and drawings as well as his kitchen cupboards, huts, houses and tree-dwellings and projects of no particular definition, all bear an aesthtetic of the organic, the haphazard, the already there and most importantly, the connectedness of all these different entities. The aesthetic of a French forest with a green tent set up in the trees, an oil-barrel raft on an Indonesian Lake, seedpots forming the maquette of a utopian city. Van Mulligen reflects on the interconnectedness and the fragility of things: One thing leads to another, and another, and who can say what the beginning was - or where it all ends?

For the La Exhibition Chris van Mulligen will fill a wall with a large photoprint of one of his realised „houses“.

About Kaus Australis:
Kaus Australis was founded in 1985. For several years accommodation was found in temporarily available buildings, which one after another, were turned into suitable studio and presentation spaces. During this period Kaus Australis initiated a number of exhibitions and invited guest artists from different countries to share working and presentation space. Starting from 1993, Stichting Kaus Australis had the opportunity to design and realize appropriate and long-term accommodations for artists both for permanent use as well as four guest studios that have been rented to artists from around the world. They have organised various presentations, exhibitions, artist’s talks and other events to offer a platform for guest artists in the Netherlands.
Wietse Eeken, Sandro Setola, Babette Kleijn, Karin Suter, Dineke van Huizen and Chris van Mulligen, a unique group of artists, run the Kaus Australis residency program that has been host to artists from around the world. They have forged many long term relationships through the international network they have established over the years with countries as diverse as Japan, Korea, Switzerland, Chile, Germany, France, Portugal, Australia and many more. Currently one studio at Kaus Australis is rented by the Mondriaan Foundation to give emerging Dutch artists the opportunity to work and live in this inspiring environment. The ongoing program of Los Angeles based artists at Kaus Australis has formed a unique bond with Los Angeles through this program and created the largest and longest ongoing art exchange program between these two cities.

About the Curator:
Carl Berg has had a long relationship with The Netherlands and has spearheaded many artists exchange programs and exhibition of Dutch artist in Los Angeles over the last 30 years. The largest of such exhibitions was in 1997 titled “Booster Up: Dutch Courage” that was co-organized by Theo Tegelaers, who at that time was director of W139 in Amsterdam. The show was part of the LA International Biennial and introduction of such artists as Arnout Mik, Lisa May Post, Erik Wesselo, Mathilde ter Heijne, Federico D’Orazio, Tariq Alvi and Rik Meijers to Los Angeles. Aside from this exhibition Berg has curated over a dozen exhibitions of Dutch artists in Los Angeles in galleries, museums and non-profits throughout Los Angeles.

His international curations have included exhibitions in The Netherlands, Germany, Switzerland, Japan, Korea and Berg is currently curating an exhibition of California Light and Space artists in Beijing, China.