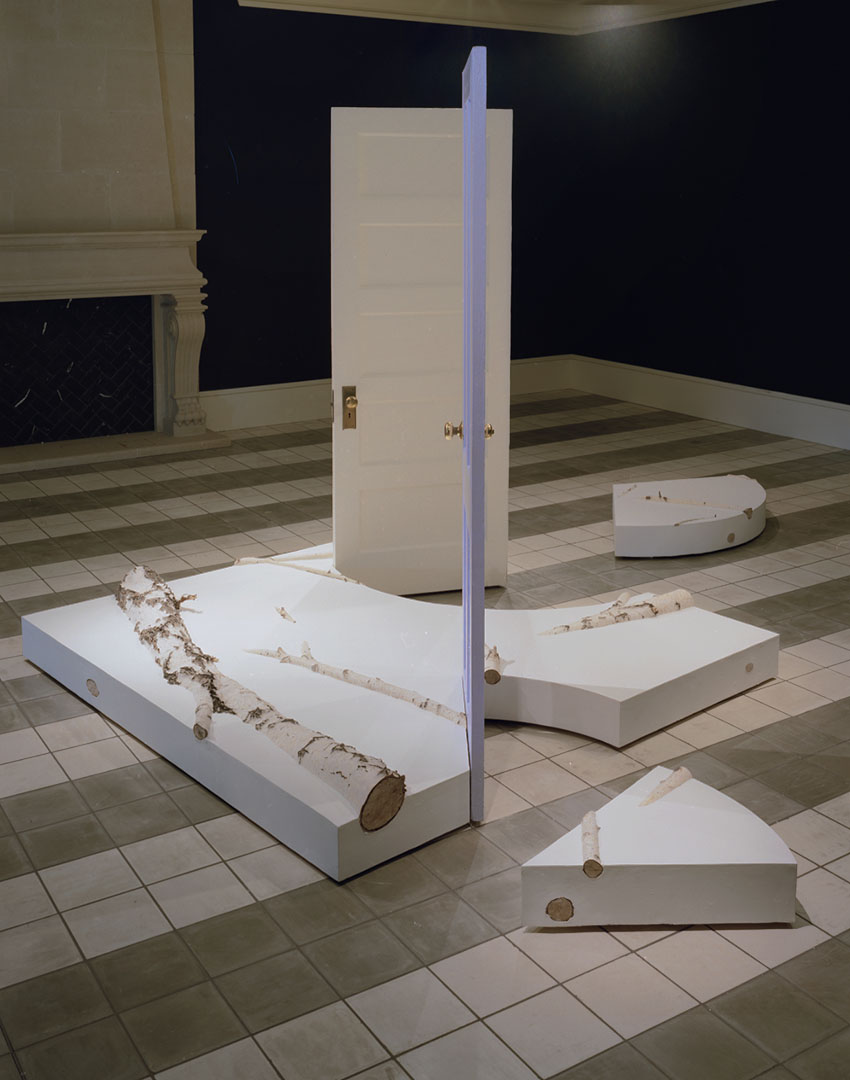 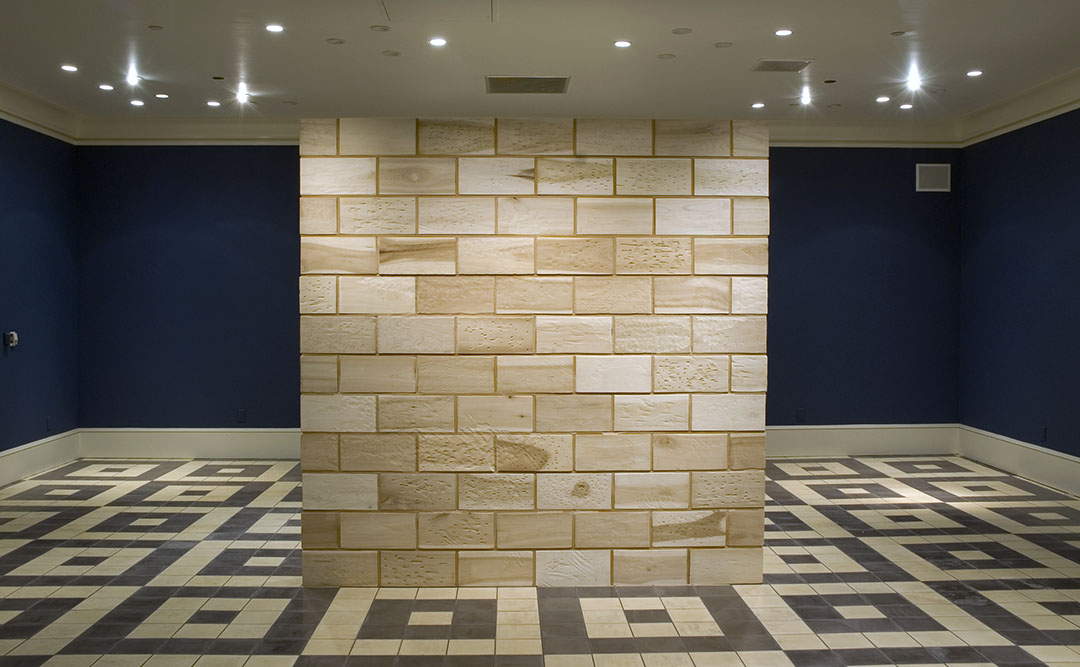 Carl Berg Projects is pleased to present Three Sculptures:  an exhibition of sculpture by three artists; Michael Hayden, Ephraim Puusemp, and Isaac Resnikoff who each will exhibit one large sculpture in this three person group exhibition. Fit into the large multiple-room gallery (space B315 at the Pacific Design Center) the three sculptures occupy three separate rooms and each sculpture will have its own space while still visible from two other rooms in the gallery creating a wonderful dynamic between the works.

Michael Hayden will present a new sculpture for the exhibition in a continued exploration of the intersection of man and nature.  In his newest sculpture Hayden mixes natural and made-made forms where tree branches are imbedded in a clean solid slab.  This piece also contains two door elements suggesting the threshold between outside and inside, and almost invites you to move from one to the other, although it doesn't make clear on which side a viewer stands.  Hayden’s exploration of artifice and nature creates a visual compelling confrontation between the creative power of man and nature.
Ephraim Puusemp creates idiosyncratic artworks that explore notions of human perception.    His work often investigates the realm of perceptual wonderment where art, science and culture intersect.  Puusemp will feature a wonderfully crafted sculpture made from forged iron, wood, canvas and various other parts that actually functions as a sailing machine mimicking the movement of tumbleweed blowing with the desert wind. The sculpture is in itself a magnificent object where function and form are intertwined creating an artwork that functions as both a kinetic and static sculpture.
Part of the first generation of American artists to come of age in the pre/post nine eleven world, Los Angeles based Isaac Resnikoff engages with American Landscape (physical, social, political) as an object, a continental sculpture in it's own right.  He makes sculptures, generally of wood.  There is an efficiency to Resnikoff's craft, a poetic just-enoughness that is uniquely, wholeheartedly American. His works, through their facture as much as their subject, are anchored to their place and time. In this way they assume the viability of a specifically visual understanding of their subject, and depend on it. Their meaning is built on looking.

For this exhibition Resnikoff has created a sculpture that is made from wood mimicking the appearance of a cinderblock wall.  The wall, which is placed at the center of the gallery space, acts as a physical barrier obstructing the path of the viewer forcing he or she to engage it as they proceed through the exhibition.  This engagement is not just physical but also represents a metaphorical barrier that the viewer may be confronted with through his or her own path in life.